Death Of A Cult 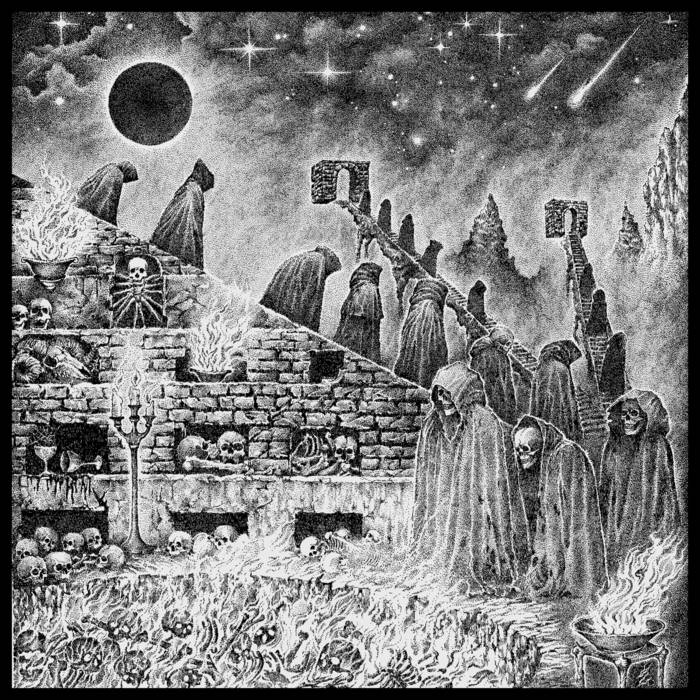 Dallas duo DREVM have joined Dome of Doom for the release of their debut album Death of a Cult, scheduled to release March 29th across cassette and digital formats. Death of a Cult was created over the last year, exploring a panoramic mix of multi-genre music that roots itself in both lo-fi and bass music aesthetics. Something the group has dubbed "lo-death." DREVM is comprised of brothers Jared and Dylan Chancey, joining the experimental music community with a strong response from both artists in the field and listeners worldwide.

Death of a Cult finds a dynamic road map of tonality, structures, and transitions from DREVM, highlighting not only futuristic styles into the experimental frontiers of art but also revealing the high levels of technique that go into their craft. The variety of sample work and original content blends through infinite directions, transformed into an arboretum of raw emotion and powerful inflection. The album's name pulls from influence that shaped their world musically, with the group adding, "At the time we were listening to a bunch of $uicideBoy$ and we stumbled upon their album, Kill Yourself Part XX: The Infinity Saga, which had the picture of a body that was a part of the cult. So right then we knew we would call our album, The Death of a Cult."

In the opening sequence of DREVM's debut, the group launches into a mystifying and otherworldly space, jumping back and forth between lush beats and unhinged bass music. It's reflective of how the songs are composed in a multitude of sections across Death of a Cult's 36-minutes. Lead single "Bodies" explores the outer edges of bass frequency manipulation, snake-like during its subdued stretches and carnivorous in its more powerful moments. Sample work is a staple of the album's flow, perfectly executed with a track like "Hands of Doom." The intro pulls a solo guitar passage into looped form, breaking off at that perfect moment and falling into a doomsday setting that still utilizes pieces of the beginning part. "Bones" has a duality that is as dynamic as you can get, piecing together a serene and beautiful intro/outro with a heavy hitting and soulful breakbeat that magnifies the power instantly. The elegant string sample and vocal additives used on "At Night" is another remarkable moment on Death of a Cult, adding an entirely different shade to the records' overall feel. Every track has a unique arrangement of small subtleties and giant moments, stitched together for a one of a kind listening experience.

All Songs Produced and Mixed by DREVM

Bandcamp Daily  your guide to the world of Bandcamp

New sounds from Mavi, Ivy Sole & Moderator, plus AJ, the One joins the show, for her latest release